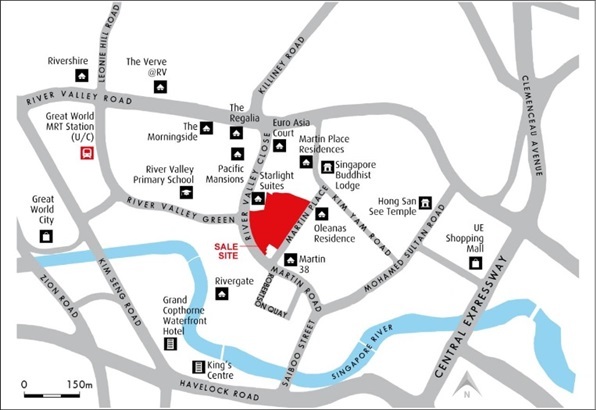 To meet the demand for private residential units and commercial space over the next few years, six confirmed and 13 reserve list sites will be released in the Government Land Sales (GLS) Programme for the first half of 2015, according to the Urban Redevelopment Authority (URA).

These sites will generate up to 8,770 homes, including 1,010 executive condominium (EC) units.

Around 3,020 homes can be generated from the confirmed list, including one EC site of 490 units. The plots are located in the Outside Central Region (OCR) and Rest of Central Region (RCR).

Located at Holland Road, the commercial and residential site is the first one to be launched under the Holland Village Extension plan unveiled in the Master Plan 2014. According to URA, a Concept and Price Revenue Tender will be adopted for this site. This is to ensure its future development enhances the unique charm and distinctive urban village character of the Holland Village Identity Node.

The other two commercial plots are at Woodlands Square in Woodlands Regional Centre and at Beach Road.

The site in Woodlands will sustain the development momentum of Woodlands Regional Centre as a major commercial node outside the city. It is also in line with the government’s objective of decentralising employment centres to bring job opportunities closer to homes.

The White site at Marina View is slated for mainly office development. Together with the Beach Road and Woodlands Square sites, it will allow developers to build more office space if there is demand.

Comments Off on Govt to release 19 land sites yielding 8,770 homes